Inside Out - Market Square

JOHN GILBERT conducted a public consultation on the use of, and the potential for, public art in Market Square, the main public space in the centre of Lancaster. 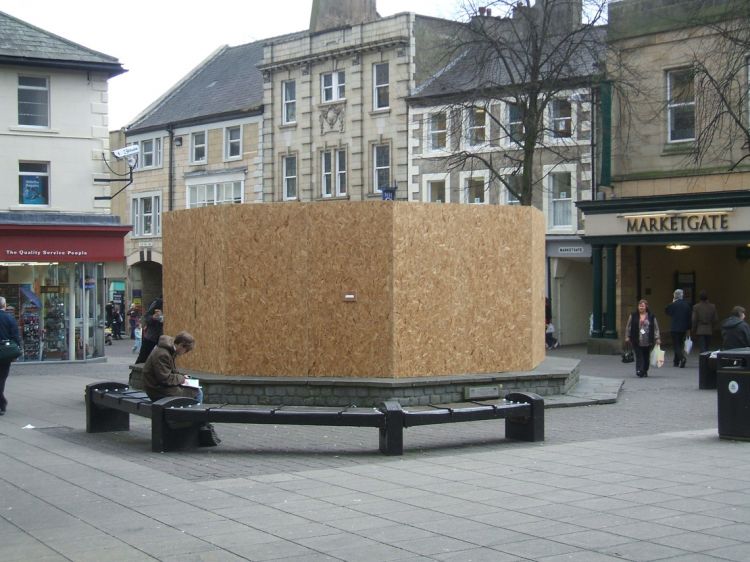 In 2007, artist John Gilbert initially researched methods and strategies for undertaking public consultation about public art.  He and Storey Gallery then worked in collaboration with the Planning Department of Lancaster City Council on a public consultation on the use of, and the potential for, public art in Market Square, the main public space in the centre of Lancaster.

John attracted attention to the survey by boarding up the fountain from 23 March to 12 April. Peep holes were provided through which people could see a plan of the square, complete with changing model artworks, and information about how to contribute to the survey. The Gallery ran a blog project with a school student group. 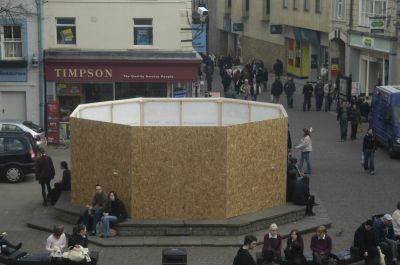 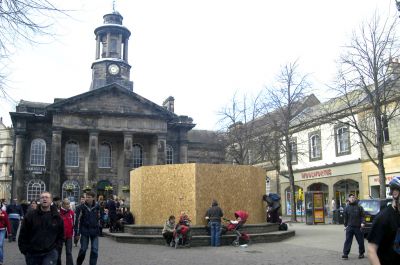 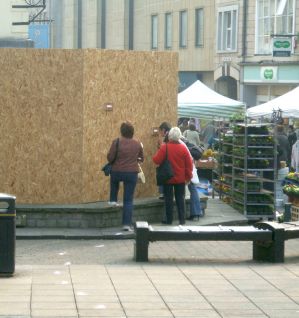 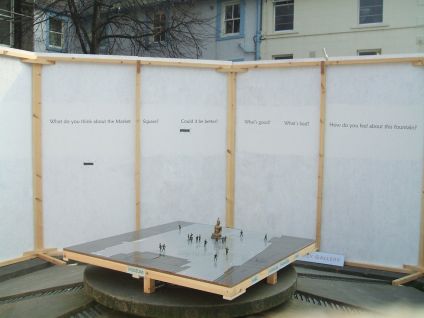 This ‘artwork’ attracted direct engagement by about 8,000 people and was seen by at least 75,000, with extensive coverage in the local press. The Council’s Forward Planning Officer described the result as the best consultation process they had ever undertaken. It led to the funding for the City Council to undertake the development of Market Square and the Square Routes and City Park projects, which both have massively improved the visual aspects of the city of Lancaster.