The Tasting Garden is an orchard.  Its paths are laid out in the form of the branches of a tree.  On each of the four main branches of this tree-pathwork are different fruit trees (apple, cherry, plum, pear), with each small branch-path ending at a particular variety of tree, together with a plinth bearing a bronze sculpture of its fruit.

In one corner is The Arboriculturist's Workshed, a small folly and monument to the achievements and skills, in both physical labour and intellect, of the dedicated men and women who slowly and carefully bred this diversity of fruit varieties over many generations.

Many of the trees chosen for The Tasting Garden are rare or endangered varieties which are threatened by the shift to monoculture agricultural production. Industrial farming grows only a handful of varieties which have commercially desirable traits such as regular appearance, long shelf-life, large yields, and pest resistance. A number of breeds which are now neglected, but which offer a wider range of tastes and textures, are included in The Tasting Garden. Extinct varieties are marked by memorial stones.

The branching pathwork which a visitor navigates through the garden is reminiscent of a family tree, or an evolutionary tree, and also evokes the tree-of-life, a literary and visual metaphor with a rich cultural history.

The Tasting Garden is a hybrid of orchard and artwork.
The garden is an artwork - the artwork is a garden. 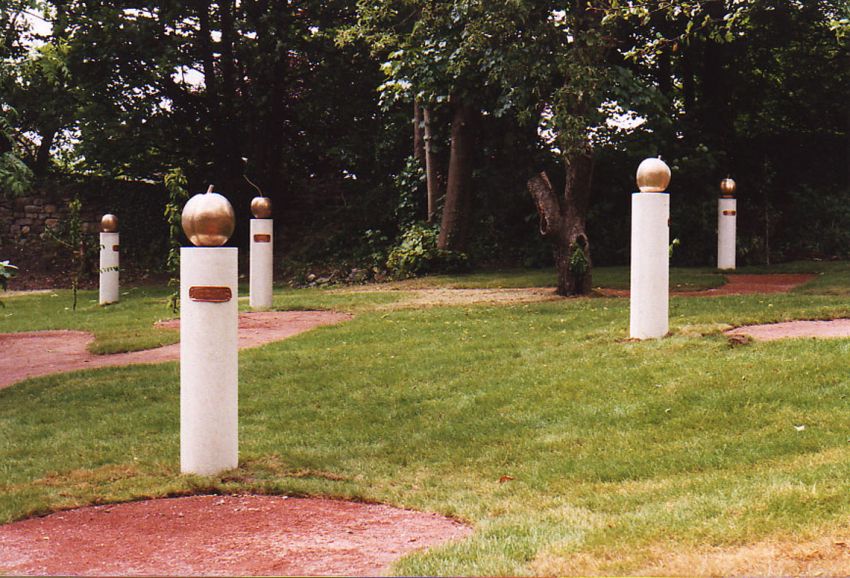 The bronze fruits were stolen several years ago and some plinths were damaged. The gardens were not maintained and the paths became overgrown. 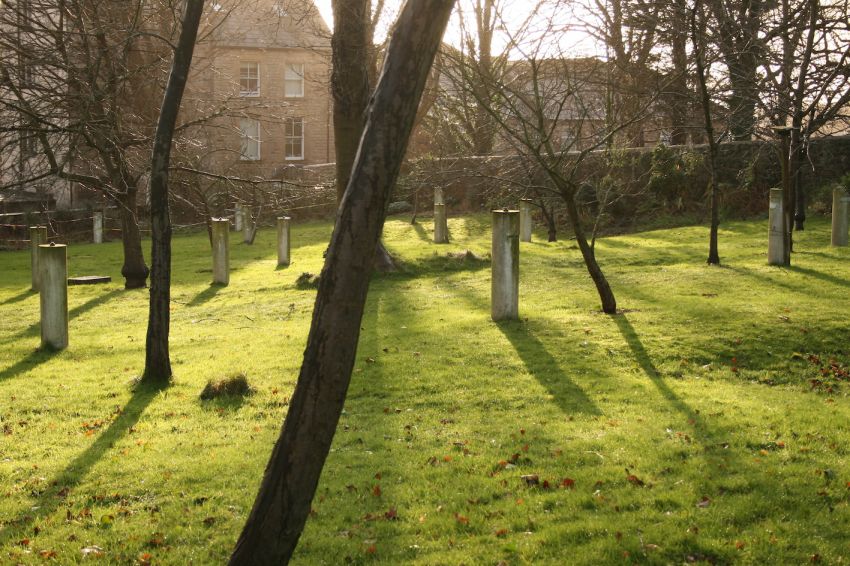 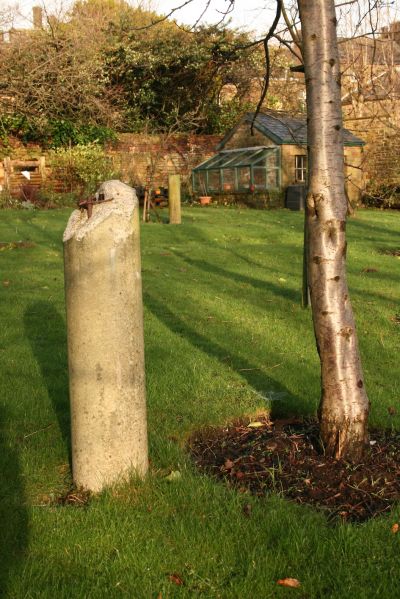 Storey Gallery, now StoreyG2, has sought its restoration ever since.  It is now supporting The Friends of the Storey Gardens who are aiming to raise the necessary funds to restore The Tasting Garden to its original glory. 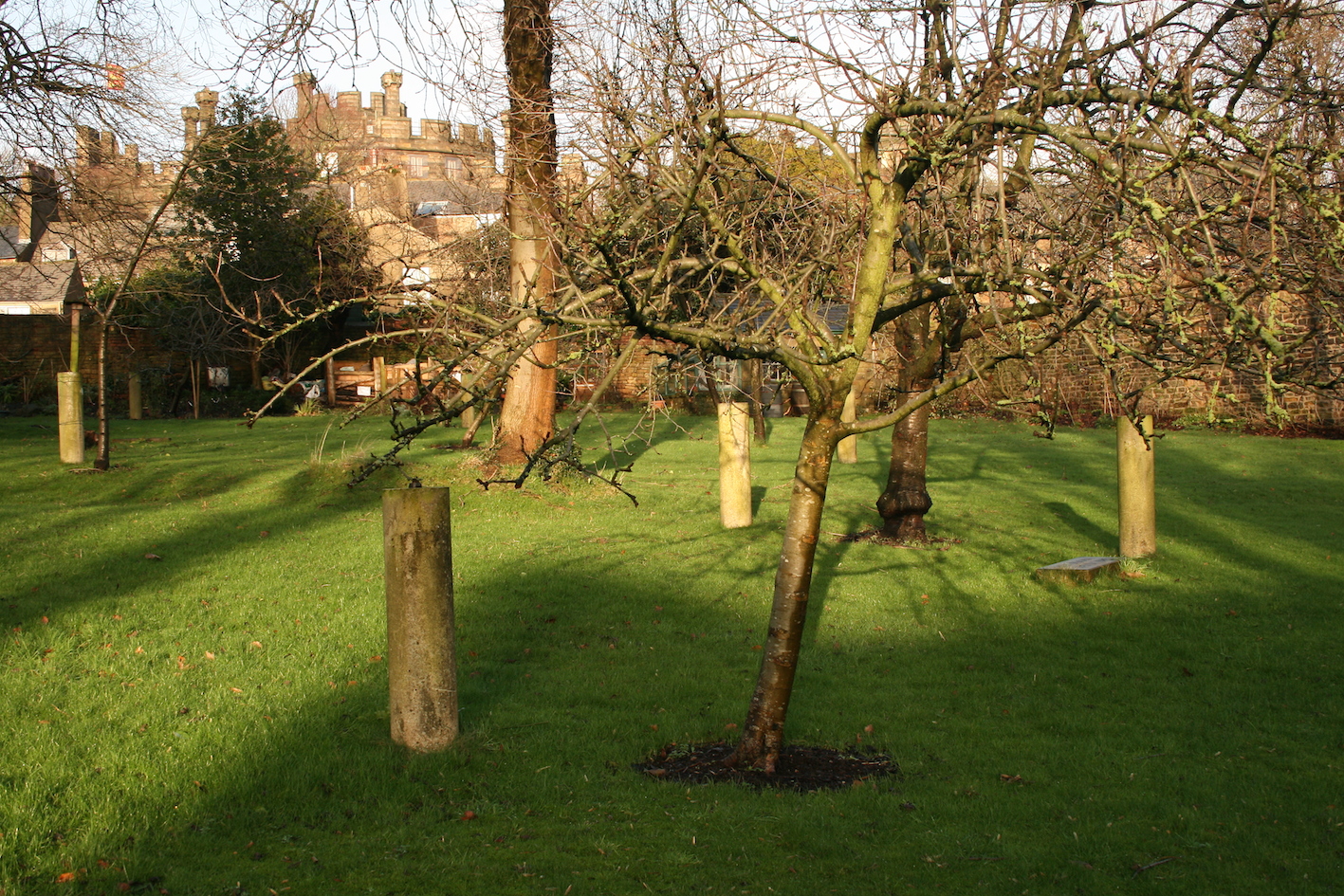 A description of The Tasting Garden and its creation in 1998 is here.

A description of its development after 1998 is here.