A film by Paul Rooney 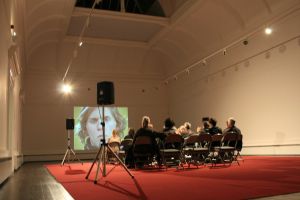 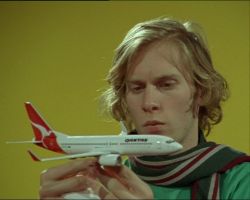 On entering the gallery, a gently lit island of carpet subtly indicates the appropriate place to congregate. The leggy audiovisual equipment, which is installed on stands, is dotted at the four corners of the island. The audience sit, it goes dark, and the film begins.

The 27-minute film, shot on 16mm, is inspired by the memories of an Australian food-packaging company manager who visited Paris during the events of 1968. The multi-layered narrative is visualized with self-conscious acting and film making techniques, and uses real life events and fictional construction to investigate the way in which history only exists when actively recalled in the present. The film demonstrates however, how flawed that recollection can be, revealing the comedy and melancholy involved in any attempt to represent the past. 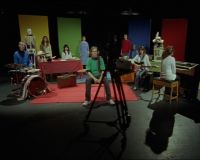 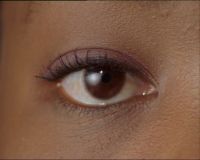 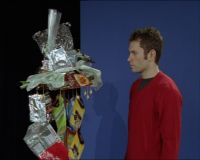 Storey Gallery has recently re-opened after a period of working off-site during refurbishment of the entire building. In this new context the Gallery is keen to challenge and explore audience expectations of visiting an exhibition of contemporary visual art. During La Décision Doypack the gallery will only be open after dark, providing an opportunity to visit in the evening after work, and to enjoy a drink or meal in the new bar and restaurant downstairs.

La Décision Doypack will be screened at 6pm, 7pm and 8pm Tuesday to Saturday

NICE are offering gallery visitors 20% off the bill in their bar and restaurant.